On behalf of the Stertil Group we would like to express our sincere thanks to the owner and Managing Director, Rudi Van Gael, Commercial Director Peter Van Weert, and the rest of the Metalced team in Kontich, Belgium. 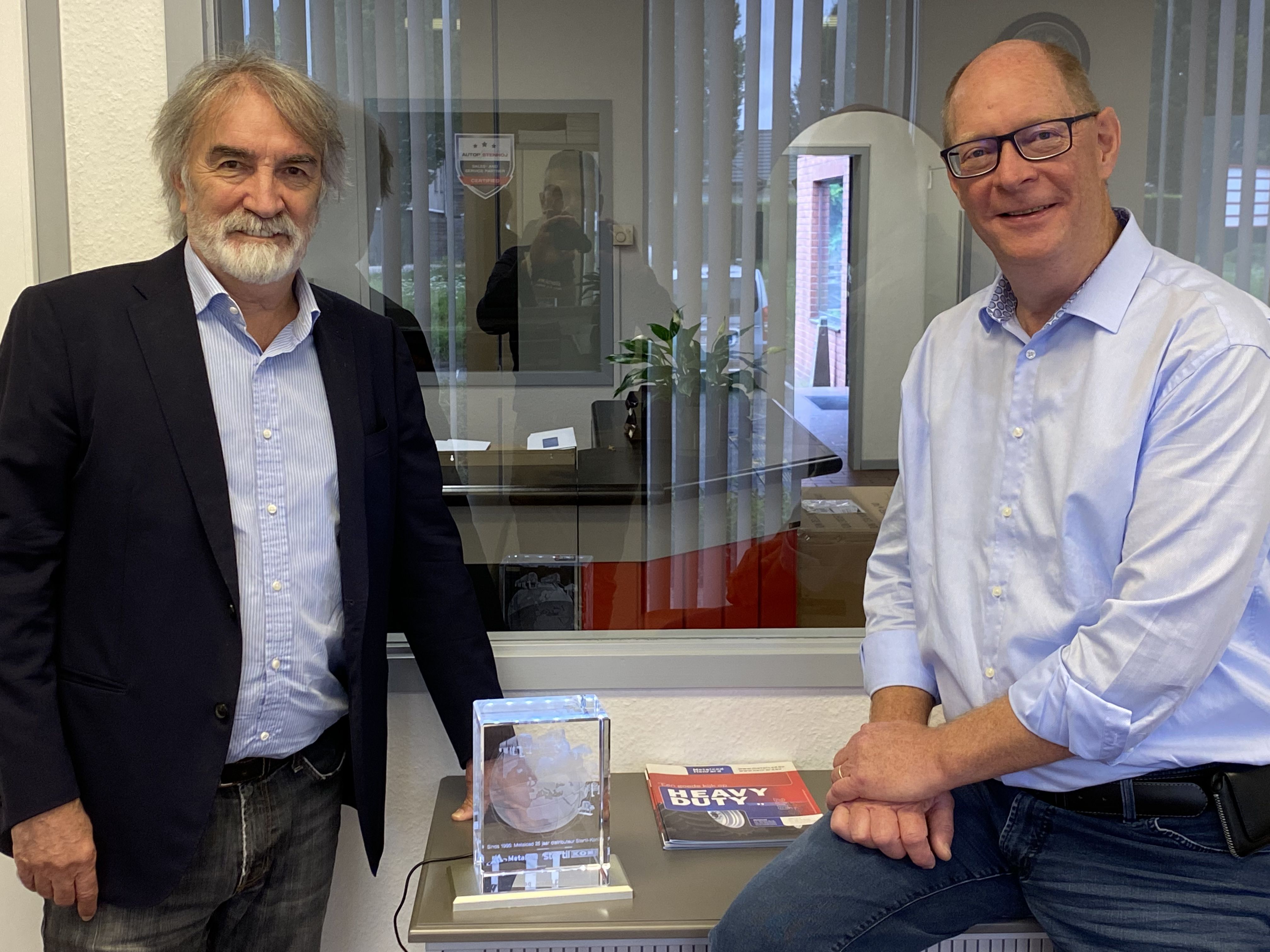 Metalced was founded in 1965. Their  focus at the time was the maintainance of fuel pumps and fuel station equipment. Their customers were for example, Aral and Texaco. Three years later Metalced had expanded considerably with a staff of 25 technical employees.

During the beginning of the ’70s new opportunities were being explored and the focus of their business shifted to the automotive  industry. In the succeeding years, the company developed into facilitating, designing and the equipping of workshops for the maintenance and repair of vehicles.

Commercial Director Peter Van Weert said, “Metalced started the collaboration with Stertil-Koni in 1992. Stertil's vision had convinced us. Initially because of the high quality light duty vehicle lifts. It is commendable that Stertil-Koni opted to focus on the Heavy Duty segment and have introduced top products to the market”.

Stertil-Koni presented Metalced with a specially designed 3D Anniversary memento made from glass as a gesture of the long and successful partnership they have together.