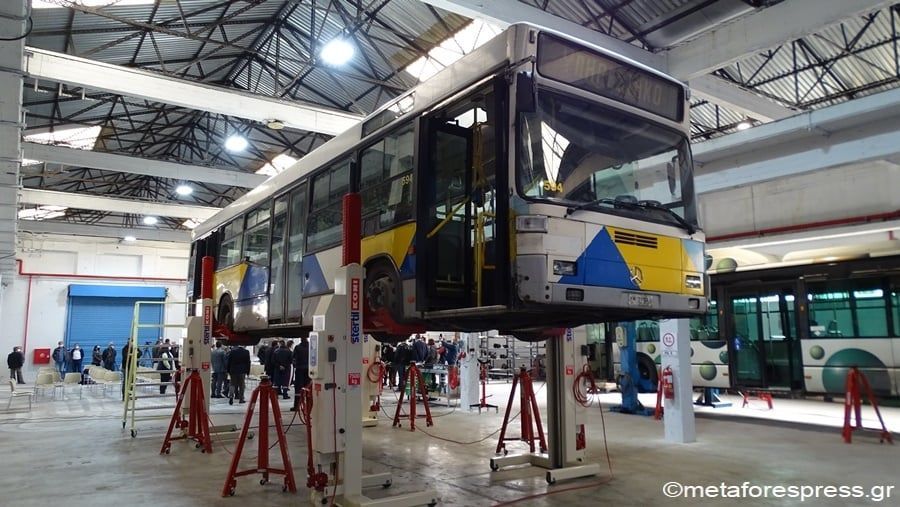 The major “Bus Damage Workshop” for the public transport company OSY in Renti, Greece, for the metropolitan area of Athens, is put into operation in an effort for the timely repair of buses which have incurred significant damages.

The ST 1075 mobile column vehicle lifts have been less than a month in operation and 19 buses have already been repaired. This would not have been possible without them. 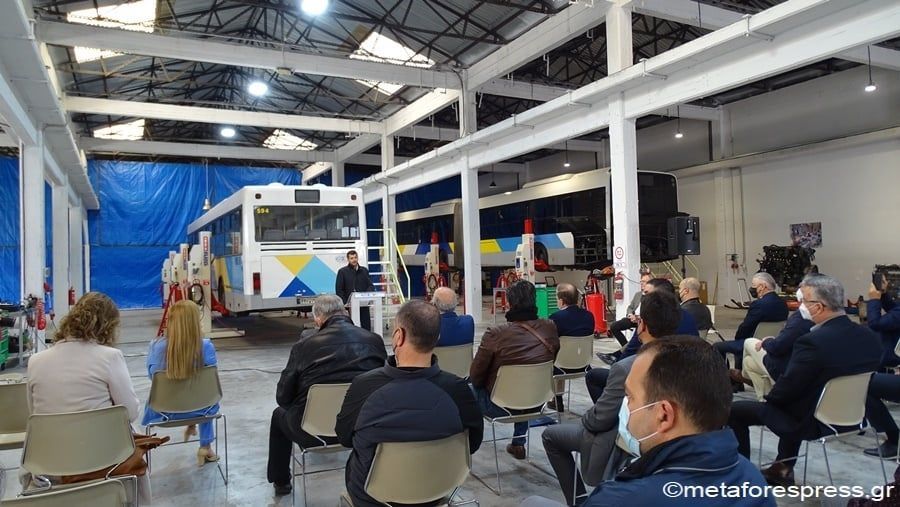 The Stertil-Koni dealer New Tech Simos in Greece won the tender for twelve ST 1075 FSA mobile column vehicle lifts, two sets of six lifts, complete with Axle Stands.
Each column has a lifting capacity of 7,500 kg. With the Stertil-Koni mobile columns the bus company OSY can work with optimal safety and at the same time very efficiently.

Dimitrios Simos, the owner of New Tech Simos commented: ‘We are proud to have delivered two additional sets of Stertil-Koni’s lifting columns to yet another workshop of OSY, enabling more of their personnel to work effectively and, most importantly, safely’.

The opening took place in the presence of the Minister of Infrastructure and Transport, Kostas Karamanlis, and the Deputy Minister in charge of Transport matters, Michalis Papadopoulos.
‘With the creation of the “Major Damage Workshop”, OSY is able to deal quickly and with less costs the damage that occurs on a daily basis’, said Mr. Papadopoulos. 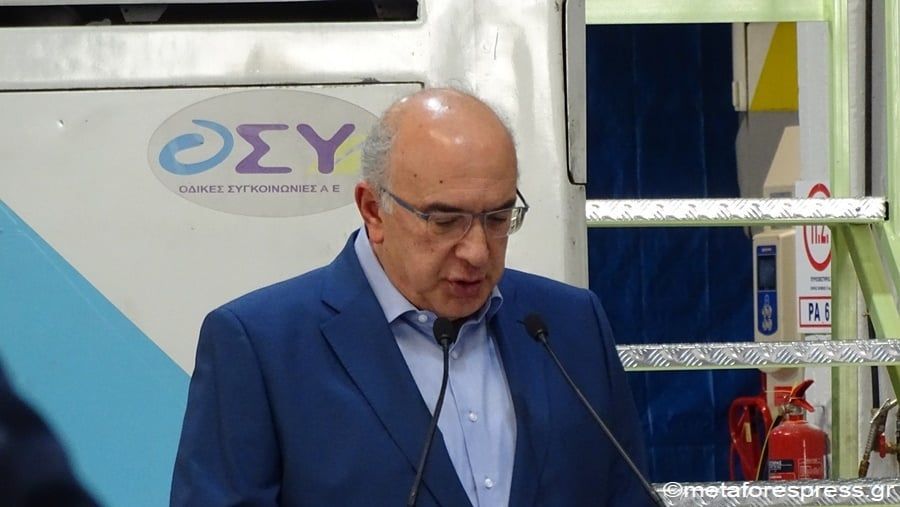 In less than a month after the opening of the workshop, nineteen buses have already been repaired. Significant benefits were emphasised by the customer, such as faster fault repair and therefore increased productivity.

Mechanics can work under optimal circumstances: safely and ergonomically, being able to stand upright and move freely around the elevated buses. The workshop is free of obstacles for the 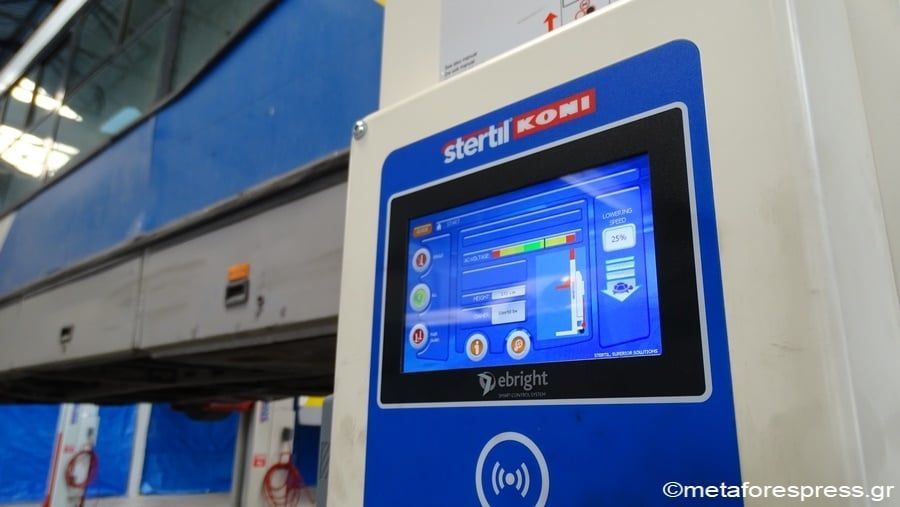 convenient displacement and positioning of toolbox trollies and other workshop equipment. The lifts can also easily be moved from work station to work station and when not required, with minimum space required, stowed out of the way.

The added customer value of all Stertil-Koni mobile column vehicle lifts is that they all have the very ebright Smart Control System. This is a fullcolour 7” touchscreen which shows all relevant operational information. 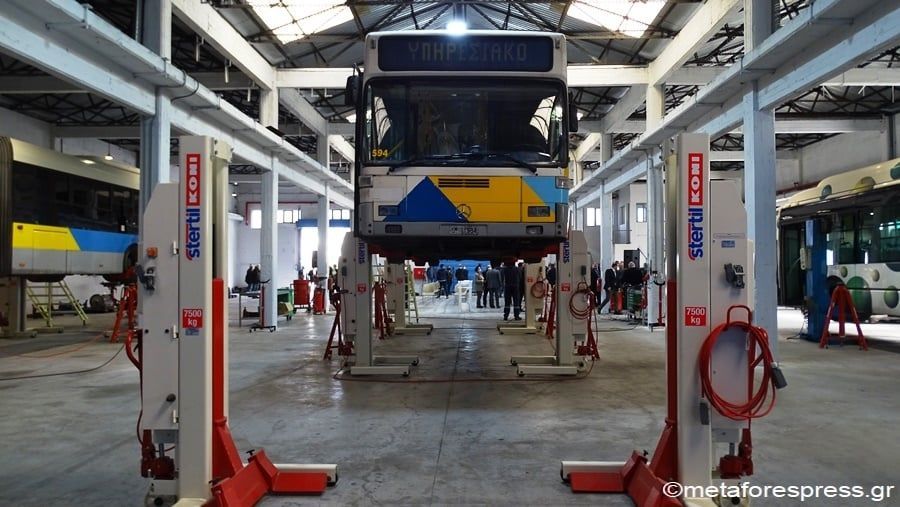 Up to 32 mobile columns can be fully synchronised in a single set. Stertil-Koni hydraulic mobile column vehicle lifts are equipped with the patented overload protection and meets the highest international safety requirements (CE, CSA and ANSI/ALI-ALCTV certified).